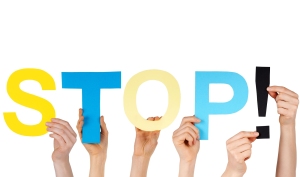 Just before Christmas last year we found out that our wonderful dog Chase had terminal cancer and only had a few weeks to live. Although we were quite upset, he had come through major health issues the previous year so we were not surprised. My wife and I agreed to keep him as long as he was doing fine, and as soon as he showed signs of a drop off, we would put him down.

I tried to play the “he’s just a dog card”, but that did not work. It was a very difficult time when he took a turn for the worst. We scheduled an appointment at the vet the next day. The following afternoon, my whole family was out, so I had a chance to sit with him on our deck.

It was an abnormally mild January day for Northern Alberta, which allowed him one last chance to hang out in the yard that he loved so much. He was not able to chase the squirrels like had had done hundreds of times before, but he was able to lie there as I stayed close.

As I sat with him and shut off the world around me, I stopped everything that I was doing, looked around at the place that he had called home for so many years, and just listened to all the sounds around us. I had not been in that relaxed a state for what seemed like months, and was able to fully disengage from the hustle and bustle of life to be in the moment with him. I became so relaxed that I actually fell asleep with him on the deck for one of the last hours of his life!

I reflected upon this event a few weeks after he had passed, and thought fondly about our time together in the yard taking it all in. We get so wrapped up getting through the day that we don’t take enough time to stop, look and listen. I can’t remember the last time I just sat with Chase in the back yard and hung out. There were always other things happening that seemed more important than just being with him.

Perhaps you may want to:

Stop, look and listen to everything around you. Take a breath and be thankful for everyone that you hold dear, and focus more on them. You never know how long they will be around for!

Posted in Favourite Posts Of 2013

The Five Star 5 – Key Phrases For The Sales Industry In The New Year!

As we start a new year, people in the sales profession get to “wipe the slate clean” and start all over again.

Last year’s results are in the rear-view mirror, and it is game on once again!

Have A Laugh Fridays – Holiday Edition!

This guy sings “so well” that perhaps he can make a career of it on the office party circuit!

Thanks for all your support this year. Looking forward to even bigger and better things in 2013.

Happy New Year and enjoy the rest of your holiday season.